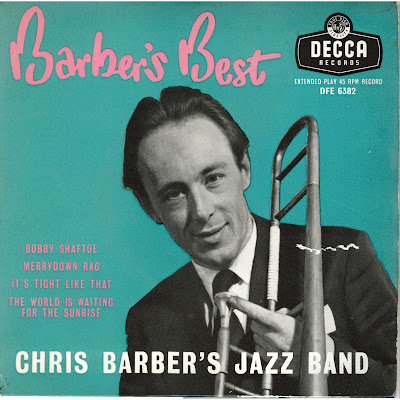 REVIEW
Many people in the UK were first introduced to jazz through the music of Chris Barber (I was one) who has now been playing and leading various groups for over 55 years. Chris played, and still does to a large extent, what came to be known as Traditional Jazz and it had a huge following in the 1950s although over the years he broadened his musical style and played on a regular basis with such ‘modernists’ as Joe Harriott. Here in recordings from 1954 and 1955 with his regular group the band plays typical music from that period. Lonnie Donegan, who played banjo for a while with Barber, went on to have a successful musical career in the pop/folk world and was one of the leaders in introducing the ‘skiffle’ sound to the UK. One of his forgettable hits was ‘My Old Man’s A Dustman’