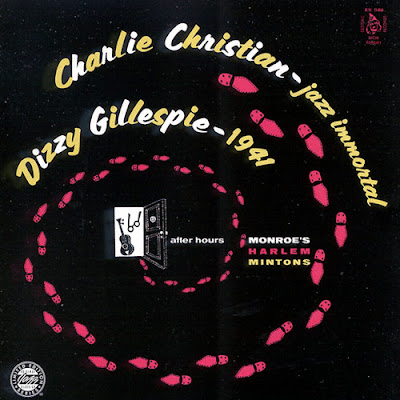 Beyond the historical significance of these sessions, however, the music is simply fabulous. There are revisions of "Stardust" and "Stompin' at the Savoy, " but the tunes are mainly blues-based improvisations, with plenty of syncopated play and stretched-out soloing from all involved. Christian's guitar takes center stage--his fluid, fleet-fingered style and mellow amplified tone have become such a stock part of jazz guitar, it is hard to remember that he almost single-handedly wrote the book. Though Gillespie gets double-billing on this set, he only appears on four of the nine tunes, but one can hear early hints of the advanced technical style that would explode in his work with Charlie Parker in the later '40s. This music is truly classic.
:: After Hours ::