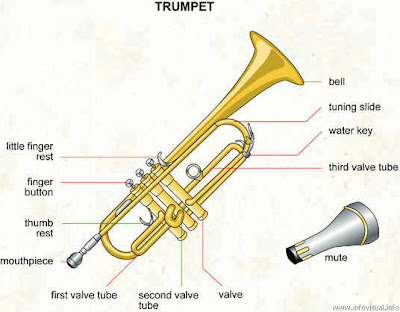 The trumpet is a musical instrument with the highest register in the brass family.The trumpet is used in many forms of music, including classical music and jazz. Trumpets have three piston valves. Each of these change the length of tubing when the player blows into it. There are lots of trumpet techniques: flutter tonguing, growling, double tonguing, triple tonguing, doodle tongue, glissando, vibrato, pedal tone, etc. They are made of brass tubs bent twice making an oblong shape, and are played by blowing air through closed lips.
The Brass family by Noah

The trombone is a musical instrument in the brass family. It is a lip-reed aerophone instrument. The trombone is characterised by having a slide with which the player changes the length of the tube to change the pitch. A person who plays the trombone is called a trombonist. The parts of the trombones are: tuning slide, counterweight, mouthpiece, slide lock ring, bell, knob, water key, main slide, second slide brace, first slide brace and connector nut. 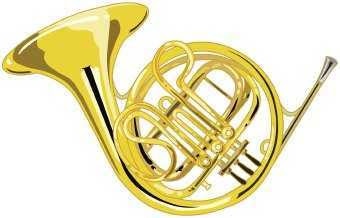 The French horn is a brass instrument. Horns have three valves, wich are pressed with the left hand, they are pressed to change t 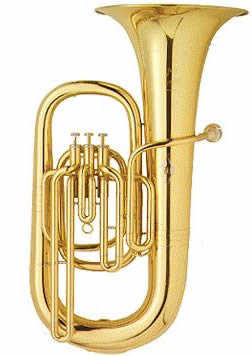 he pitch. A musician who plays the horn is called a horn player. The horn is the second highest sounding instrument group in the brass family. The horn is most often used as an orchestral instrument. The French horn has a spiral shape.There are differents horns: like the double horn, the Vienna horn, the hunting horn, the French Omnitonic horn, the natural horn at the Victoria, the Mozart era natural horn, etc.
The tuba is the largest and lowest pitched brass instrument. Its sound is produced by vibrating the lips into a large mouthpiece. The tuba is used in jazz. Tubas have four to five valves. There are four types of tubas: the bass tuba, contrabass tuba, tenor tuba and the subcontrabass tuba. It is the principal bass instrument in symphonic and military bands. It serves as the bass of the brass section and of brass quintets and choir.
05/16/09
Noah de Fortuny
Publicada por ::-7oregons2tomates-:: à(s) 18:54