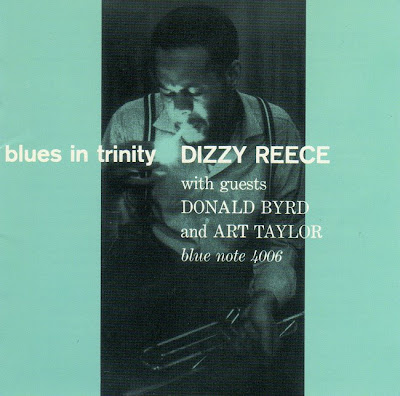 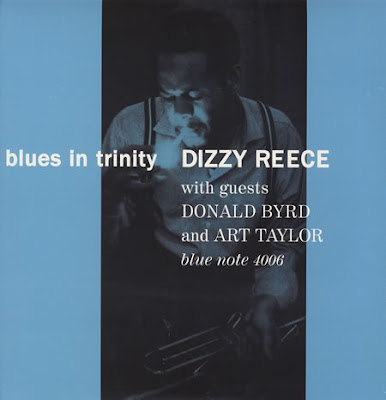 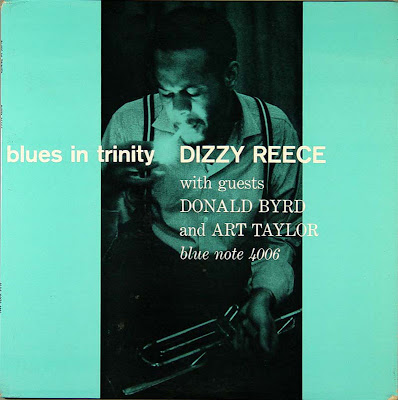 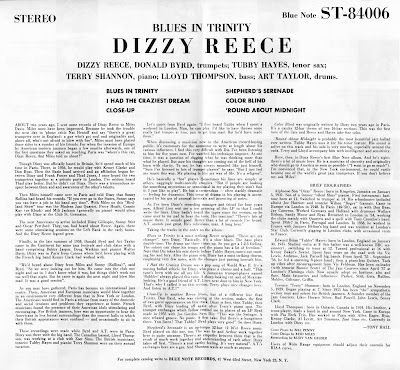 “In the late summer of 1958, Donald Byrd and Art Taylor came to Europe for some jazz festivals and club dates with a band comprising Bobby Jaspar, Doug Watkins and pianist Walter Davis. Dizzy Reece was in Paris from Cannes where he'd been playing with the French big band Kenny Clarke had worked with.
These recordings were made while Byrd and A.T. were in Paris. Dizzy was there with the big band. The canadian bassist, Lloyd Thompson, was working at a club with Zoot Sims. The British musicians, tenorist Tubby Hayes and pianist Terry Shannon were on their annual vacation.
As I've been Dizzy's recording manager and friend for four years now, Alfred Lion sent me a test pressing of this LP so that I could write the liner. Dizzy hadn't heard the tapes since the session, so he came over to my pad to hear the tests. His reaction? "There's lots of music there. It sounds good. Better than a lot of records I've heard. A.T. sounds just great." Taking the tracks in the order on the album:
"Blues In Trinity" is a most striking Reece original. "These are the changes," says Dizzy. "Basically it's a slow blues. The bass plays double-time. The drums are three times up. So you get a 1-2-3 feeling. The soloist can choose his tempo and the piano has a lot of freedom." Note that Diz takes his solo slowly before Tubby Hayes comes out snorting fire and fury. After the piano solo, Dizzy has a most striking chorus, employing very few notes, with the changes just passing beneath him.
"I Had The Craziest Dream" was a pop song of World War II. It's a moving ballad vehicle for Dizzy, who plays a chorus and a half. "This tune's been with me all my life. A Jamaican trumpet-player named 'Bubbles' always played this tune. A sharp-looking cat, sort of Mexican-looking. He's a good friend of A.T., lives next door to him in New York. That's why I called it on this session. Terry plays nice changes here. And listen to A.T.!"
"Close-Up" is another Reece blues, but of a different hue than "Trinity." Don Byrd, who was visiting at the session, makes the first of two guest appearances on this track. Dizzy is first, then Tubby, then Byrd, with Dizzy leading off again after Terry's piano spot. The trumpet exchanges which follow remind me in places of an LP Byrd made in 1955 with Joe Gordon. Says Diz: "This was the swinger. A nice relaxed groove. No panic. A first take."
"Shepherd's Serenade" is an up-tempo 32-bar Reece romp. Byrd played on this one, too. The way he and Arthur work together here is quite uncanny. There's an empathy between them that is the result of much work together and understanding of each other. Dizzy takes off first. "There's a real earthy feeling. It's very natural." A.T.'s exchanges here are a gas. And Shannon wails as much as anyone.
"Color Blind" was originally written by Dizzy two years ago in Paris. It's a catchy 32-bar theme of two 16-bar sections. This was the first tune of the date and Reece and Hayes take fine solos.
"'Round About Midnight," by Thelonious Monk, is probably the most beautiful jazz ballad ever written. Tubby Hayes uses it for his tenor feature. His sound is softer on this track and his solo is very moving, especially around the coda. Terry and Lloyd accompany him with intelligence and sensitivity.
Here, then, is Dizzy Reece's first Blue Note album. And he's right: there's a lot of music here. He is a musician of sincerity and originality who should go to America as soon as possible ("I want to go so much"). I'm convinced that, in the New York environment, he could easily become one of the world's great jazz trumpeters.
--TONY HALL, from the liner notes.”
Publicada por ::-7oregons2tomates-:: à(s) 00:23 5 comentários: Hiperligações para esta mensagem 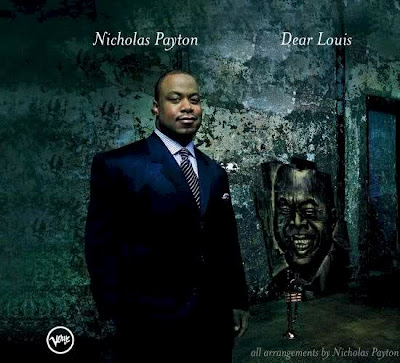 Thanks to Sketches of Jazz 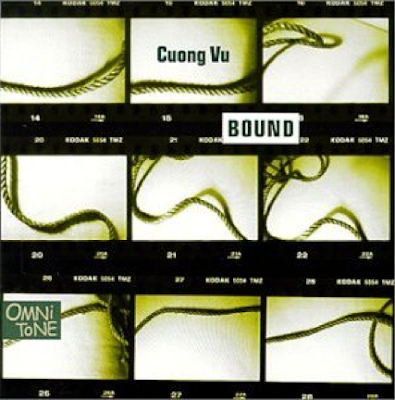 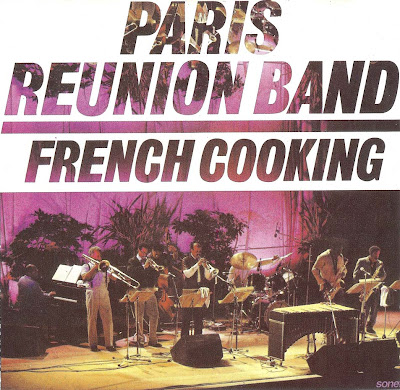 REVIEW ~ Ken Dryden
Jazz journalist Mike Hennessey was responsible for putting together the Paris Reunion Band, a group of jazz all-stars who spent at least part of their careers based in Paris. Their debut album, French Cooking, was a studio date recorded in the summer of 1985, around the time of their first European tour. The band includes saxophonists Johnny Griffin and Nathan Davis, trumpeters Woody Shaw and Dizzy Reece, trombonist Slide Hampton, pianist Kenny Drew, bassist Jimmy Woode, and drummer Billy Brooks. Most of the musicians made names for themselves while living in their U.S. homeland (except for Reece, a Jamaica native). Nathan Davis is probably the least familiar name in the front line, because he spent a long period in Paris (1962-1969) following his discharge from the U.S. Army, and eventually returned to his homeland to become a jazz educator. He is a triple threat on tenor and soprano saxes as well as flute. Each member of the brass and reed sections contributed a cooking original to the date, while the solos and ensemble work are consistently inspired. Though the personnel changed somewhat after this initial recording, the Paris Reunion Band would continue to work off and on until 1989. 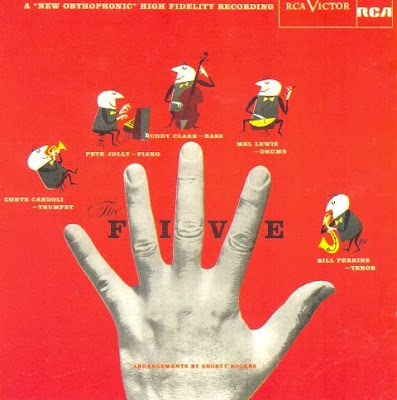 Biography by Steve Huey
Best-known as the trumpet section leader in Doc Severinsen's Tonight Show Band, Conte Candoli was a fine all-around jazz stylist most at home in the worlds of bop and West Coast cool jazz. Younger by four years than his similarly accomplished trumpet-playing brother Pete, Conte was born Secondo Candoli in Mishawaka, IN, on July 12, 1927. He first patterned himself after players like Harry James, Roy Eldridge, and Dizzy Gillespie, later discovering Miles Davis and Clifford Brown. His first job came at age 16, when brother Pete recommended him for a summer gig with Woody Herman's Thundering Herd; after graduating high school, he joined full-time. He went on to play with several other bands, including Stan Kenton, whom he left in 1954 to form his own band. After leading some recording dates, he soon found a more comfortable existence, moving to Los Angeles and taking session jobs in between gigs with Howard Rumsey's Lighthouse All-Stars. After about four years, he left in 1960 to work with drummer Shelly Manne, while he and Pete both enjoyed top-dog status in the L.A. session community. In 1968, Candoli took a part-time gig with the Tonight Show Band and joined permanently in 1972, when the show officially moved to Burbank. During the '70s, he was also a member of Supersax, among other L.A. all-star outfits, and also continued his periodic collaborations with his brother. Candoli retired from the Tonight Show along with Johnny Carson in 1992, and continued to play until a battle with cancer slowed his activities. Candoli died in a convalescent home on December 14, 2001.
Rapidshare
EAC Rip | FLAC+LOG+CUE | 226 Mb | Covers | Rar rec.: 3%
part 1 - part 2 - part 3
Thanks to elcom - AvaxHome 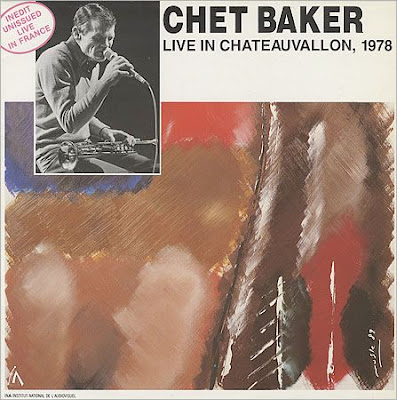 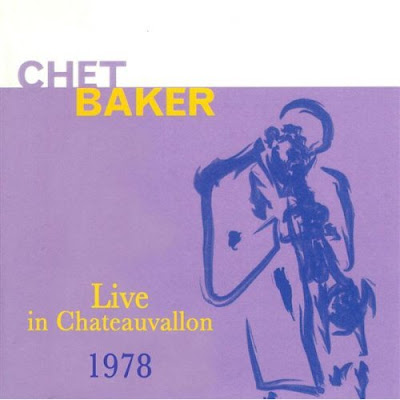 * On the CD and cover, Track 1 is mislabeled as “House of Jade” 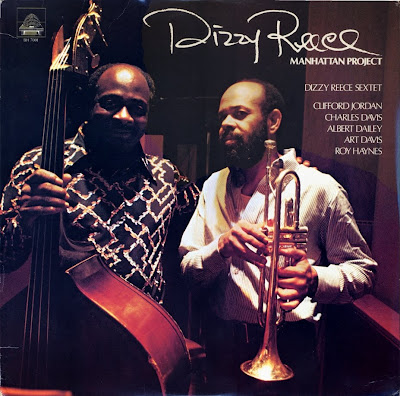 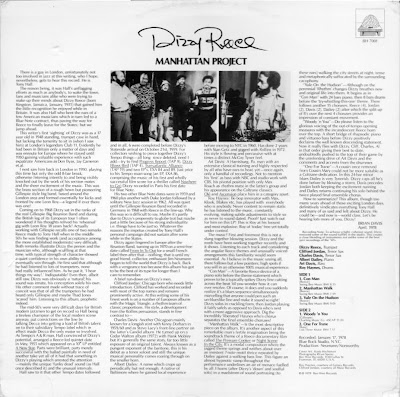 It is a bit of a mystery why British trumpeter Dizzy Reece never became much better known. His three Blue Note dates of 1958-60 are of high quality, as is his New Jazz session (Asia Minor) of 1962. However, during the 16 years since, he only made one obscure European album (a 1970 set co-led by tenor saxophonist John Gilmore) and was largely forgotten. Fortunately, Bee Hive documented him in 1978, teaming Reece up with an all-star group (both Clifford Jordan and Charles Davis on tenors, pianist Albert Dailey, bassist Art Davis and drummer Roy Haynes). Reece easily keeps up with his notable sidemen, performing three hard bop originals, "Woody'n You" and a minor blues called "One for Trane." Hopefully, this highly enjoyable Bee Hive LP will someday be rediscovered and reissued on CD.
~ Scott Yanow, All Music Guide
FLAC 1 - 2 rapidshare

Stéphane Belmondo - The Same As It Never Was Before-2011 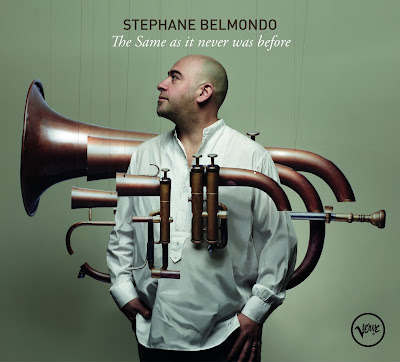 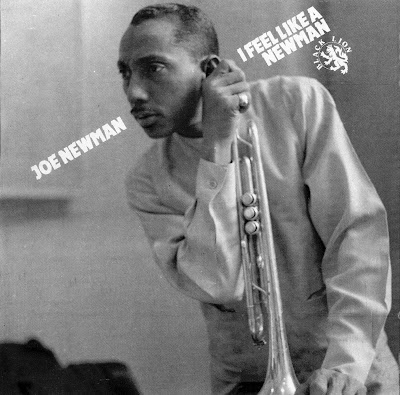 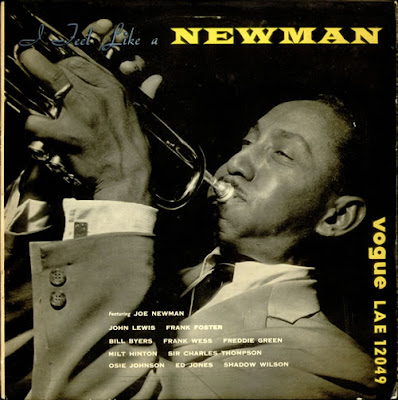 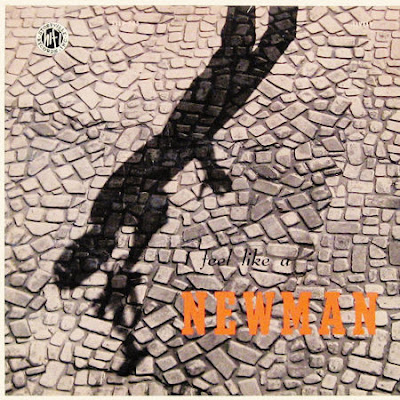 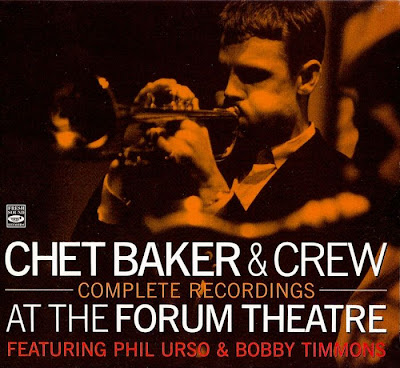 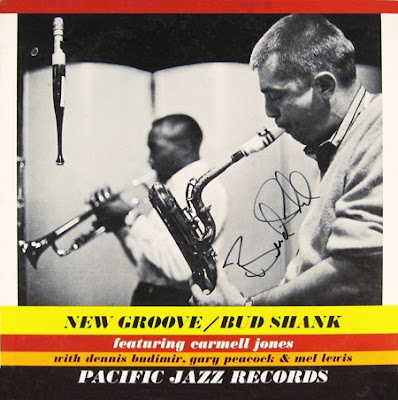 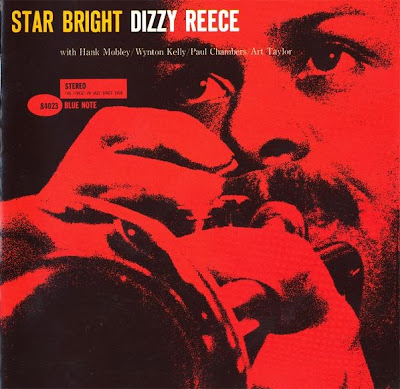