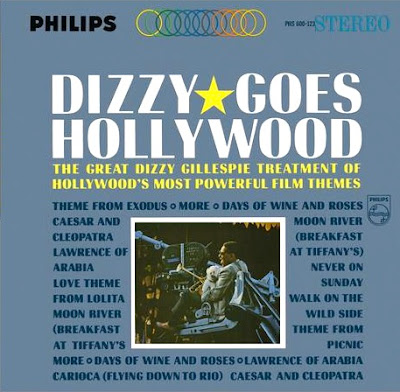 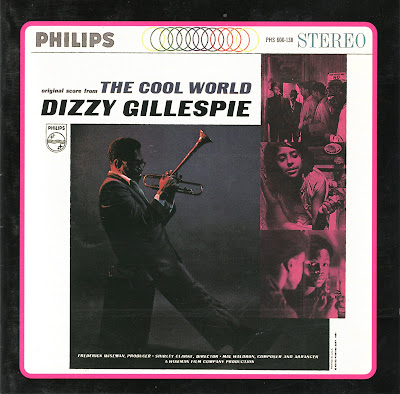 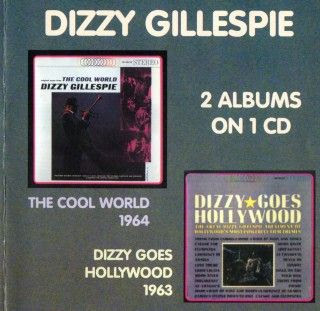 Double Reissue Label: Verve
"The Cool World" (tracks 1 to 11) (PHS-600-138) was recorded 1964 in New York City.
is the original score of the same-named movie, an avant-garde Sixties film of Harlem life.

This single CD reissues all of the music from two rare Dizzy Gillespie LPs. Dating from 1963-64, the set features the trumpeter's interpretation of the score of the obscure film The Cool World (although these are not the actual performances heard in the movie) plus 11 themes from other films. Gillespie, who is joined by James Moody (on tenor, alto and flute), pianist Kenny Barron, bassist Chris White and drummer Rudy Collins, was in peak form during that era. Although the liner notes deal only with The Cool World, the other set is actually of greater interest. Gillespie uplifts such tunes as the "Theme from Exodus," "Moon River," "Days of Wine and Roses," "Never on Sunday" and "Walk on the Wild Side," turning them into swinging jazz. The Cool World pieces (all composed by Mal Waldron) are also worth hearing although they are not as memorable overall. This set is a real historical curiosity and, although not essential, it is a release that should please Dizzy Gillespie fans while reminding others of how great a trumpeter he was before his long decline. (AMG)