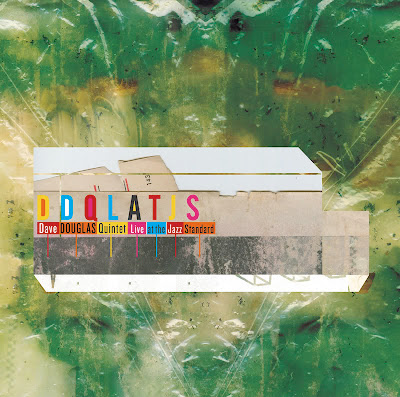 Live at the Jazz Standard showcases trumpeter Dave Douglas — on cornet this time! — and his quintet performing Live at the NYC club the Jazz Standard on various nights in December of 2006. Joining Douglas here are tenor saxophonist Donny McCaslin, Fender Rhodes specialist Uri Caine, bassist James Genus and drummer Clarence Penn. Originally released as complete download-only sets on Douglas' own Greenleaf Label website, here Douglas has pruned the sets down to 18 cuts over two discs. Furthermore, he's also focused the album on original compositions never before released on album. In that sense, fans of Douglas' past work with this ensemble on such studio efforts as 2002's Infinite and 2006's Meaning and Mystery will surely dig this stuff as it essentially plays as an all new recording and not just a live documentation of the quintet. In fact, disc two focuses on compositions Douglas wrote while delving into the iconic work of innovative pocket-trumpeter Don Cherry and were initially intended for inclusion on Meaning and Mystery. This is soulful, visceral, moody and propulsive post-bop that often leans heavily toward late-'60s and '70s modal and free jazz.
Disc 1
1. Earmarks
2. Tree and Shrub
3. War Room
4. Indian Point
5. Cornet Is a Fickle Friend
6. Next Phase (For Thomas)
7. October Surprise
8. Seth Thomas