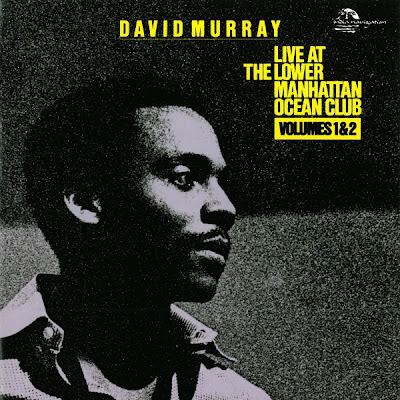 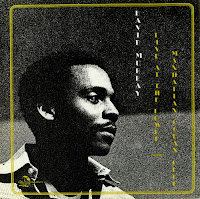 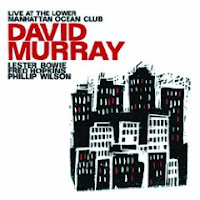 This post is a rip of a CD reissue of two LPs collecting together the music performed by a Murray led quartet at a Manhattan club on New Year's eve in 1977. You can almost smell the seafood in the club's name! It re-unites the rhythm section of Hopkins and Wilson from Murray's earlier India Navigation recording from eighteen months before, and adds Lester Bowie.  Bowie is the link between the three most powerful groupings of musicians who came together in New York in the late 1970s to transform the established free jazz movement into the new music scene. Bowie had been active in both St Lois and Chicago in the collectives that became BAG and AACM respectively, and here in New York he is one of the earliest to play with musicians, who like Murray had come from LA. Inspired by the Black Arts movement and the idea of musical collectives they had nurtured these ideas in major black communities in the US, but ultimately moved to new York, often after sojourns in Europe.  Bob Cummins was one of those jazz lovers and small-scale entrepreneurs who captured much of the vibrant energy of the scene on his India Navigation label in the 1970s. He seemed to earn his living as a lawyer, and spent it on recording live performances in the lofts and small venues, and then releasing the recordings. He died in September 2000, but small bursts of CD reissues seem to appear from time to time. Not sure why and how, but I'm always glad of the opportunity to listen to more. This one seems to be out of print as far as I can tell. It was certainly hard to find a copy when it was first re-released.  I haven't got the original vinyl LPs, but the CD liner notes say there's nearly seven minutes taken off 'Santa Barbara And Crenshaw Follies', and by my calculations there's possibly over two minutes less on 'For Walter Norris' if the timings on LP and CD can be believed (they can't usually). The CD notes also talk about an unreleased track. many of these tracks were staples of Murray's repertoire, and you get the usual personal dedications, rich textures and sometimes inspired themes. I'm very fond of this recording. I hope you enjoy it too.
Publicada por ::-7oregons2tomates-:: à(s) 22:43