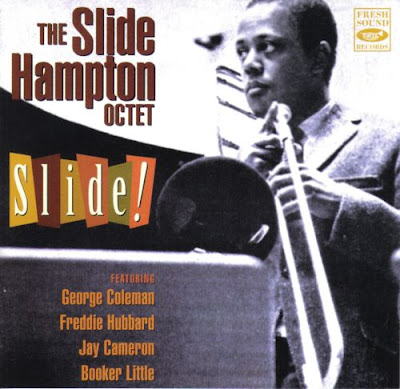 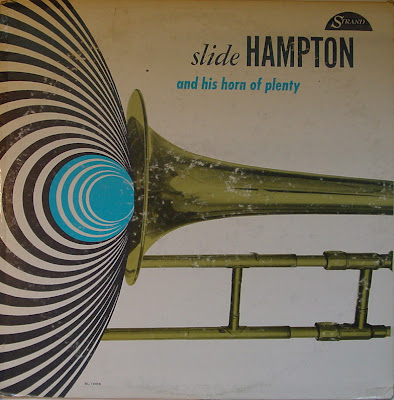 The two octets Slide Hampton uses on this recording are quite similar in content but different in the way they execute this music, and much of it has to do with the distinct difference in personnel, and the two years that separate their recording dates. The first half deals with hard to post-bop modifications and the way the group approaches a bridge between the two, while the other end of the program concentrates on interpretations the music written by George Gershwin, plus an extended four-part suite written by Hampton. These dual sides of Slide Hampton combine to form a complete picture of what the emerging arranger and trombonist offered as a individualist aside from peers (Quincy Jones, J.J. Johnson, Lalo Schifrin, et. al.) who concentrated on movie soundtracks. The sessions from 1959 include Bernard McKinney on the baritone horn, three different drummers (Kenny Dennis, Charlie Persip, and Pete LaRoca) on select tracks, and fledgling young trumpeters Booker Little and Freddie Hubbard, even though Burt Collins does all of the lead brass work with Hampton. "Newport" starts the set in a modal walk, the intro initially similar to "You Don't Know What Love Is," then merges into a steady streaming freight train jam. Four other Hampton originals range from the Latin unison call outs and boogaloo/bop "Althea" (assumedly for tennis star Althea Gibson), the regal "Go East, Young Man" based on the changes of "Milestones," the much quieter post-bopper "Jazz Corner," and the simple straight bop of "Patricia." Standards "Autumn Leaves," "Sometimes I Feel Like a Motherless Child," and "Woody 'n' You" feature add-ons from the originals like chatty, choppy horns, more anthemic than normal hues, and a harder, abundant, modified line, respectively. A slightly less potent but still talented lineup from 1961 plays the five Gershwin pieces, with "There's a Boat Dat's Leavin' Soon for New York" again richly enhanced with a little rock & roll beat tossed in; "Summertime" is performed via high drama, and "It Ain't Necessarily So" is dressed in Latin trim. George Coleman is the lone artist besides Hampton and baritone saxophonist Jay Cameron on the entire date, and the always effervescent tenor saxophonist gets a laid-back solo during "I Loves You Porgy." The "dance" suite "The Cloister" is impressionistic within ballad, easy swing, slightly urgent waltz, and frantic bop segments, with some call and response at the end. Other than some drum fills from Lex Humphries, the piece is played to strict tolerances, and over some 14 minutes, is not as memorable as the other tracks, although hinting at future projects of Hampton's. As solid musically as any mainstream jazz fan might need, this is an important prelude to other large ensemble projects Slide Hampton assembled, and deserves repeat listenings to fully reap its rewards.
Michael G. Nastos - allmusic review