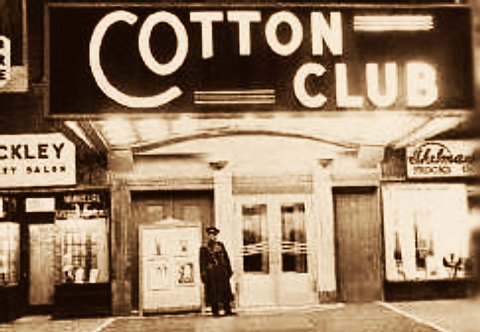 The Cotton Club originated at 142nd street and Lenox Avenue in Harlem as the Club DeLux, owned by the heavyweight boxer Jack Johnson. In 1923, due to financial troubles, Johnson sold the club to Owney Madden, a gangster (at the time imprisoned for manslaughter!) looking for a place to sell his beer brand during Prohibition, full of glitz and glamour. It was Madden who created the Cotton Club, a name purposefully meant to give a ‘plantation’ feel to its patrons: almost all of the Club’s performers were black, and with very few exceptions, all of the customers were white, as were the bosses, the composers, the directors, and choreographers. Cotton Club dancers famously had to be at least 5’6” and no darker than a “light olive tone.”
Despite the inherently racist nature of the club, the Cotton Club became a very important place in black culture and musical life. The Cotton Club attracted the wealthiest white society as an audience, and the best white guest performers (including Bing Crosby, Jimmy Durante, Fanny Brice, Irving Berlin, and Cole Porter, among many others), but was also responsible for launching the careers of black Americans like Duke Ellington, Ethel Waters, Cab Calloway, Dorothy Dandridge, and Lena Horne.
The Cotton Club exemplified some of the ironies and sad contradictions of the Jazz Age. While they created incredible music universally enjoyed by blacks and whites alike, black performers still suffered tremendous racism at the hands of their white employers, and could not play for black audiences in the best venues created for the art form. Though the Cotton Club was filled with a “downtown” crowd, it was a white club situated way uptown in the middle of a black neighborhood, further undermining black culture and involvement in the arts. Still, the Cotton Club played an important role in furthering the Harlem Renaissance.
The Cotton Club closed its Harlem location in spring of 1936, reopening that fall on 48th street. The Club closed permanently in 1940. 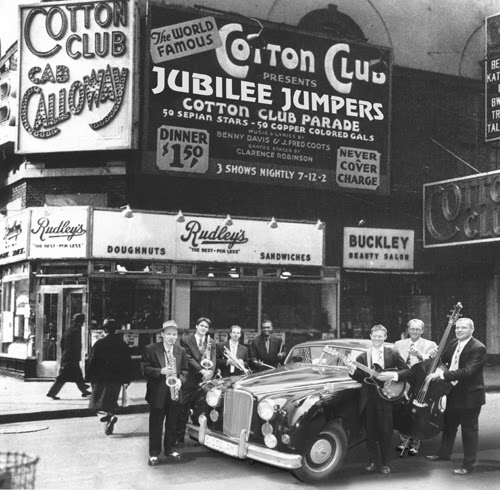 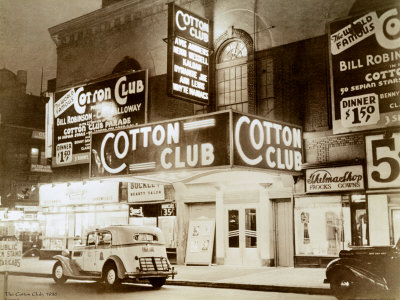 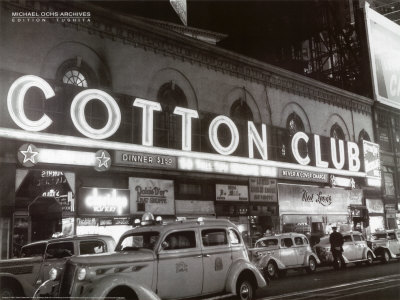 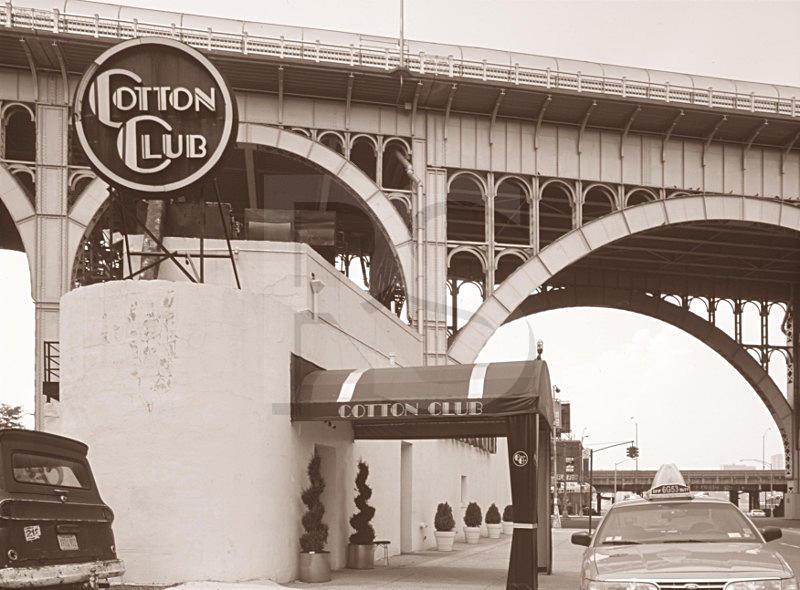 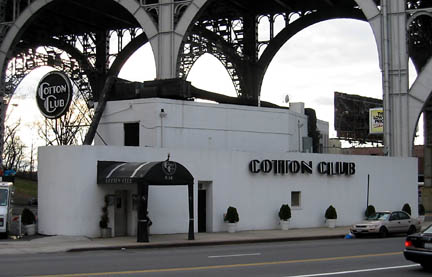 The new Cotton Club. As far as I know this is not at all related to the famous Cotton Club that was once on Lenox Ave.