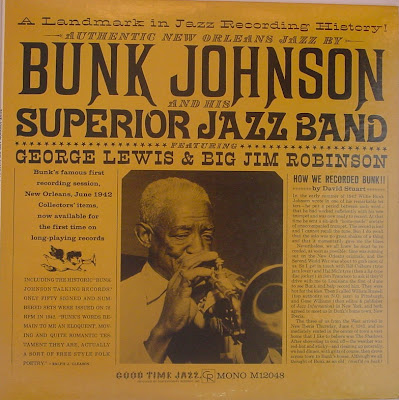 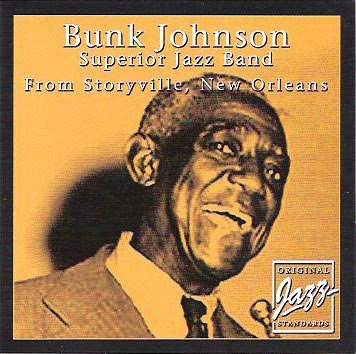 download
Password : press
Review
This CD reissues the first recordings by the legendary Bunk Johnson. Cut in New Orleans on primitive acetates, the trumpeter is teamed with trombonist Jim Robinson and clarinetist George Lewis (both of whom would be in his regular band soon), plus a four-piece rhythm section, for nine numbers. Bunk's playing is primitive, as is Lewis's, but also listenable despite the erratic recording quality. Closing this set are nine minutes of "talking records" that feature Johnson reminiscing about the past. In reality, this release is more important historically than musically; get Bunk's final recordings (on Delmark) first. ~ Scott Yanow, All Music Guide

Thanks to the original uploader The Journeyman