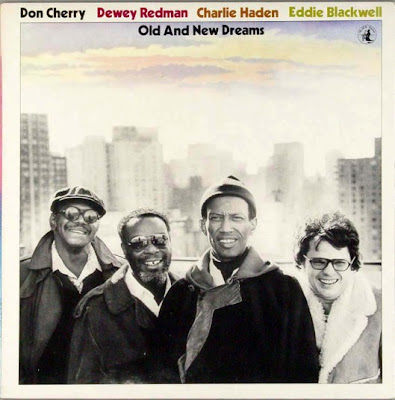 They released two records on the German jazz label ECM: a self-titled release in 1979 and Playing, recorded live, a year later. These discs were bookended by a pair of discs on the Italian Black Saint label: a studio record from 1976 (also self-titled) and 1987's One For Blackwell, capturing the quartet's final concert at a birthday celebration for Blackwell.

Haden is the only surviving member of the quartet, Blackwell having died in 1992, Cherry in 1995 and Redman in 2006.
Source: Wikipedia