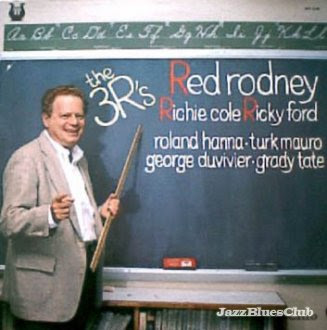 Three of the Muse label's top artists of the time teamed up for this album: trumpeter Red Rodney, altoist Richie Cole and tenor saxophonist Ricky Ford. Actually, Ford is only on three of the six selections, but the talented Turk Mauro (doubling on tenor and baritone) fills in well, and the rhythm section (keyboardist Roland Hanna, bassist George Duvivier and drummer Grady Tate) was fully capable of playing anything. The music is mostly post-bop, with recent originals by Cole, Jack Walrath and Rodney alternating with Kenny Dorham's "Dead End," Art Farmer's "Blueport" and the standard "For Heaven's Sake." Excellent straight-ahead performances, with all of the musicians in fine form.
~ Scott Yanow , AMG