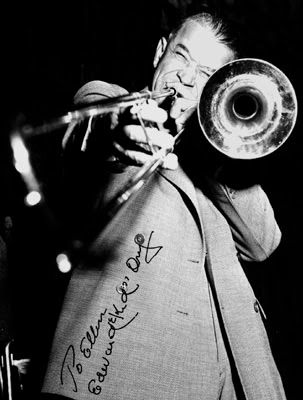 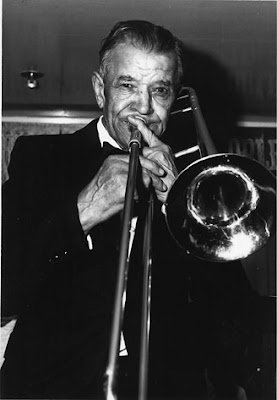 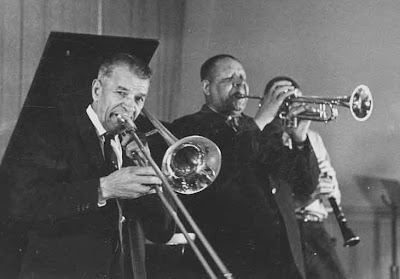 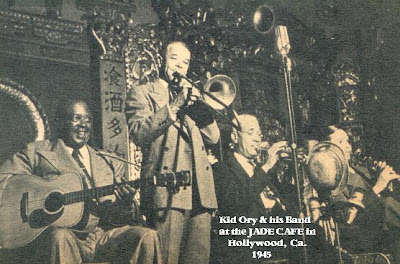 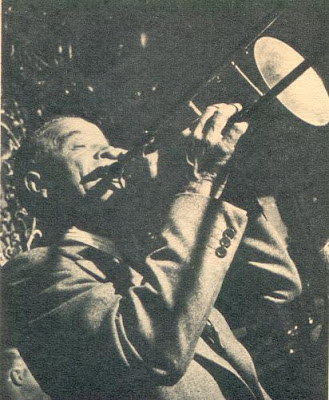 Edward "Kid" Ory was a jazz trombonist and bandleader. Born in Woodland Plantation near LaPlace, Louisiana.

Ory started playing music with home-made instruments in his childhood, and by his teens was leading a well regarded band in South-East Louisiana. He kept La Place as his base of operations due to family obligations until his 21st birthday, when he moved his band to New Orleans, Louisiana.

He had one of the best-known bands in New Orleans in the 1910s, hiring many of the greats, including cornetists Joe "King" Oliver, Mutt Carey, and Louis Armstrong; and clarinetists Johnny Dodds and Jimmie Noone. (From Wikipedia) 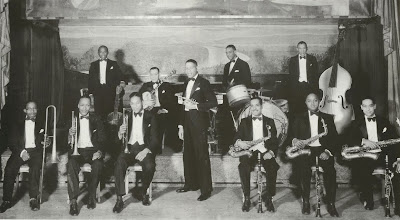 Off the bandstand, trumpeter Henry 'Red' Allen was reserved—as a performer, he was anything but. His solos were inventive, his vocals entertaining, and he could charm audiences out of their seats.
'Red' spoke in a soft New Orleans drawl, and had a daredevil edge to his trumpet style. He recorded with Jelly Roll Morton, King Oliver and Louis Armstrong; he held down the trumpet chair in popular New York jazz orchestras and led his own prestigious groups. 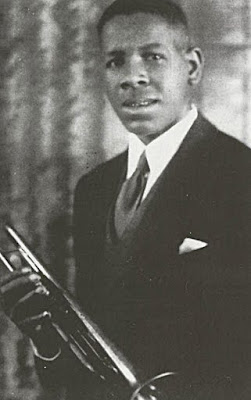 Henry 'Red' Allen was one of the last great trumpeters to come out of New Orleans in the 1920s. He learned to play from his father, a longshoreman by day who led his own well-respected brass band. Honing his skills as a teenager, playing fish fries and lawn parties, Allen Jr. graduated to working aboard Mississippi riverboats where he played the steam calliope above deck when he wasn't on the bandstand.
Leery of being stranded on the road, 'Red' Allen finally took the plunge in 1927 and headed out on tour with one of his heroes—King Oliver. Talented beyond his years but homesick in New York, he returned to New Orleans and work on the riverboats. Then in 1929, he accepted an offer to join the Luis Russell Orchestra in New York, where he shared the bandstand with New Orleans compatriots Paul Barbarin, Albert Nicholas and Pops Foster.
From the 1930s onward, Red was an important presence in New York. He created his fiery, distinctive trumpet style by combining tradition and experimentation. His playing was unlike anyone else, and his solos were often startlingly innovative and unpredictable. 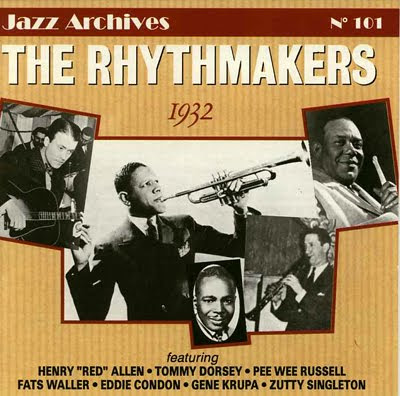 Red Allen was a star soloist with Fletcher Henderson, the Mills' Blue Rhythm Band (with whom he recorded his signature hit, "Ride, Red Ride"), and appeared with Benny Goodman, Billie Holiday and Teddy Wilson. During this period, his recorded work was highly regarded and widely influential. In 1932 he made a series of records, now known and highly prized as the "Rhythmakers," backing vocalist Billy Banks. The band was a unique multi-racial collection of hot jazz players that included Pee Wee Russell, Tommy Dorsey, Fats Waller, Pops Foster, Eddie Condon and Zutty Singleton. Hot tracks from the Rhythmakers sessions include, "Who's Sorry Now?" and "I Would Do Anything for You."
Throughout his long career, Allen continued to record under his own name. Particularly noteworthy was a 1933 collaboration with saxophonist Coleman Hawkins, which produced popular hot records such as, "Ain't 'Cha Got Music." 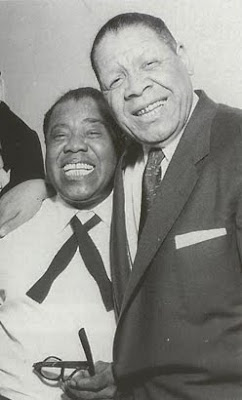 Allen re-joined Luis Russell in 1937 to play in the trumpet section behind Louis Armstrong. In the 1940s, Allen's time was divided between club engagements in New York, Boston and Chicago, appearing often with Billie Holiday, Sidney Bechet and Art Tatum.
Beginning in the mid-50s, for almost a decade, the sober, gentlemanly trumpeter played hot jazz for a wild scene of well-lubricated college students at New York's Central Plaza. The action took place in a large ballroom on the top floor of a five-story building on Manhattan’s lower East Side. Allen shared the bandstand with jazz legends such as Willie 'The Lion' Smith, Ralph Sutton and Coleman Hawkins—in non-stop jam sessions.
Red also had a long standing gig leading his own All-Stars at the Metropole Cafe near Times Square; and he renewed his recording with Coleman Hawkins. In 1957 Red's group was featured in the legendary CBS-TV show, The Sound of Jazz. Then in 1959 Allen toured Europe with Kid Ory, to widespread acclaim from fans and critics. 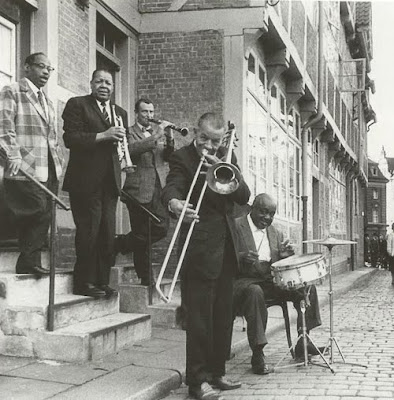 A tribute concert, held in New York when Red Allen died in 1967, included many of his friends and colleagues—Coleman Hawkins, J.C. Higginbotham, Bud Freeman, Earl Hines, Clark Terry, Pee Wee Russell, Bobby Hackett, and others.
Asked about the future of jazz in a 1966 interview, Red Allen said he had no fears about jazz continuing because new generations of musicians will always be trying out new things. "But," he said, "I only hope they combine their innovations with listening to players who have gone before." 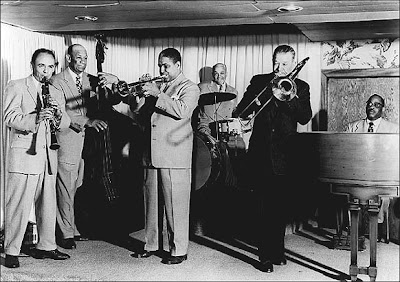 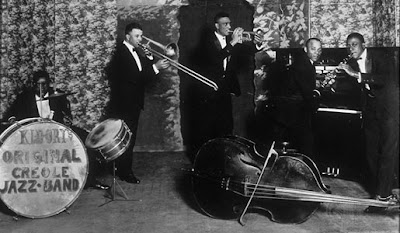 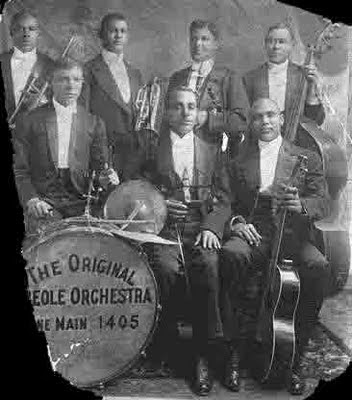 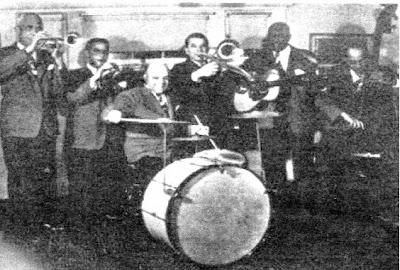 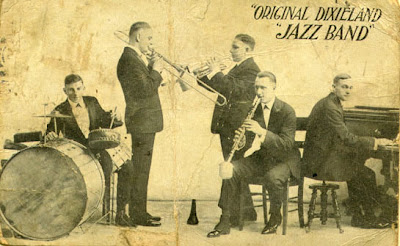