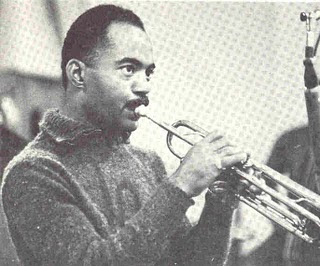 Allmusic.com:
A fine bop-oriented trumpeter, Joe Gordon’s tragic death in a fire cut short any chance he had at fame in the jazz world. He became a professional in 1947 and had stints with Georgie Auld, Lionel Hampton, Charlie Parker (on an occasional basis during 1953-1955), Art Blakey (1954), and Don Redman. Gordon was with Dizzy Gillespie’s 1956 big band, touring the Mideast, and getting a solo on “Night in Tunisia.” He was in the Horace Silver quintet, moved back to Boston for a period, and then relocated to Los Angeles where he worked and recorded with Barney Kessel, Benny Carter, Harold Land, Shelly Manne, Dexter Gordon, and Shelly Manne (1958 -1960). Joe Gordon, who led dates for EmArcy (1955) and Contemporary (1961), was on one Thelonious Monk recording and spent his last few years as a freelance musician.
Joe Gordon did not live long, only making it to 35. His second of two recordings as a leader (originally released by Contemporary) finds him on the verge of leading his own group. Gordon wrote all eight of the selections and is joined by adventurous but obscure altoist Jimmy Woods, pianist Dick Whittington, bassist Jimmy Bond, and drummer Milt Turner. Although the solos are generally more memorable than the tunes, this is an excellent effort that hints at what might have been had Joe Gordon lived. 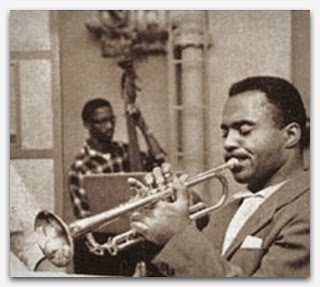