Harlem was at it's swinging-est peak from the mid-1920s to the mid-1930's. Folks from all over the world, as well as the local New Yorkers, came to Harlem for an evening of pleasure and 'Hot' entertainment. It was the hey day of Harlem night life.

The "big four" Clubs were: The Cotton Club; Connie's Inn; Smalls Paradise and Barron Wilkin's Club. While they were the big-4, there may have been upwards of a few hundred others. 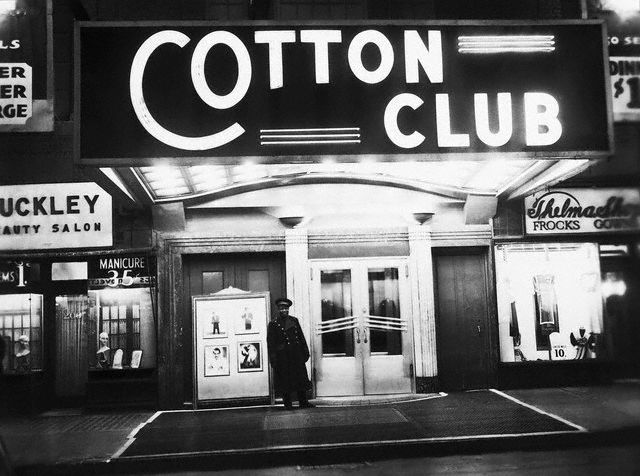 Cotton Club 142nd Street and Lenox Ave.
1923 was the year of the first Cotton Club revue. Fletcher Henderson's (very first) band that opened the club. A young Coleman Hawkins and an equally young Don Redman were in the band. The Club put on two revues per year for the next 16 years. Lew Leslie - now recalled as the producer of "The Blackbirds of 192x" was the earliest producer of the club's revues, which featured 6 Lovely Tan chorines and 6 dancing chorus boys, comics, and all manner of vaudevillians. The team of Dorothy Fields and Jimmy McHugh were greatly responsible for the great music heard in those early revues. They were later followed by another wonderful songwriting team, - Ted Koehler and Harold Arlen. Here's a photo of a 1929 Cotton Club Advertising Poster, showing some "swells" arriving for the show. And, here's a poster advertising the appearance of Cab Calloway's Band. 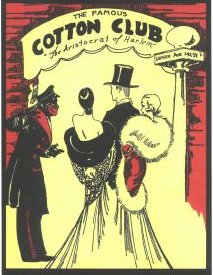 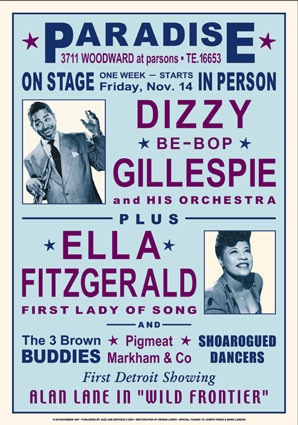 Some of the fastest stepping 'hot' revues in New York will be found here at the Cotton Club. (Actually, Henderson was the first band. When he left, a 'house band' briefly took over. When that unit's leader died, Duke Ellington was 'persuaded' to come in. And, when the Duke left, Cab Calloway moved in -and was just wonderful.) The Cotton Club is called the "Aristocrat of Harlem". If you stand here a while, you'll see all the 'swells' getting out of their Stutz Bearcats and Roll Royces. Dapper Jimmy Walker, the mayor of NY; and movie stars like George Raft; --say, even Emily Vanderbilt comes up here. Very often, you'll see the Black locals lined up to gawk at patrons getting out of their cars or taxis. 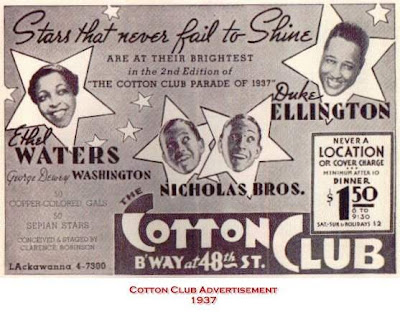 The well known gangster Owney Madden, with Al Capone's blessing and cash, took over fighter Jack Johnson's, then failing, Club Deluxe. Back then, Owney was one of the leading Bootleggers, and he needed the club as an outlet for his illegal hooch. Re-decorated and re-opened, in 1923, as the Cotton Club, Owney ran it with a "For Whites Only" policy. The club's manager, George "Big Frenchy" Demange even turned away W.C. Handy. Madden's thugs also kept out inter-racial couples. Even the revues here were all written by white folks such as, Harold Arlen; Ted Koehler; Dorothy Fields and Jimmy McHugh, and produced by Lew Leslie. Of course with talent of that caliber, any joint would be a smash success.
Lena Horne started her career here as a 16 year old chorine. In 1923, Duke Ellington had been booked into the Kentucky Club, where he remained for 5 years. In 1927, the leader of the Cotton Club's house unit died. Some folks say that the management 'commanded' Duke Ellington to take over, whether he had other contracts, desires or commitments. But some other folks say that maybe Jimmy McHugh or perhaps Irving Mills, who had become the Duke's manager while Ellington was still at the Kentucky Club, may have been responsible for booking him into the Cotton Club. In any event, Ellington's band opened on Dec. 4, 1927, and here's a photo of the band as they appeared in 1927, at the Cotton Club, where they stayed until 1931, during which time, the Duke composed "East St. Louis Toodle-Oo" (with his trumpeter Bubber Miley), the band's theme song; "Black and Tan Fantasy"; "The Mooch", and "Creole Love Call", a hit vocal for the band's singer, Adelaide Hall. In 1931, Cab Calloway's band was booked, replacing Ellington. 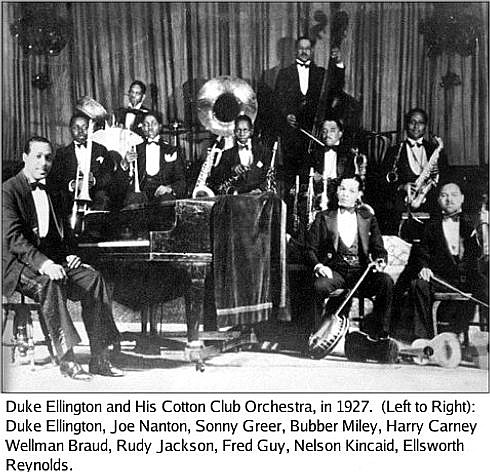 In 1933, Prohibition ended, and in 1936 The Cotton Club moved downtown to Broadway and 48th Street 'The Harlem Renaissance', fueled by Prohibition and White patronage, had also ended. Before the club's move downtown, virtually every major Black entertainer and orchestra had already appeared at the club. 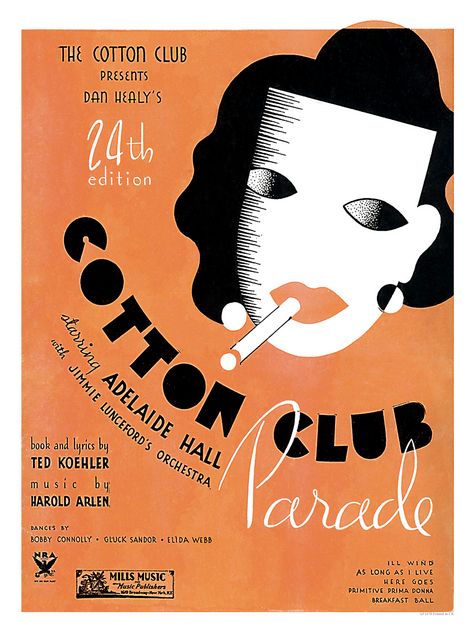 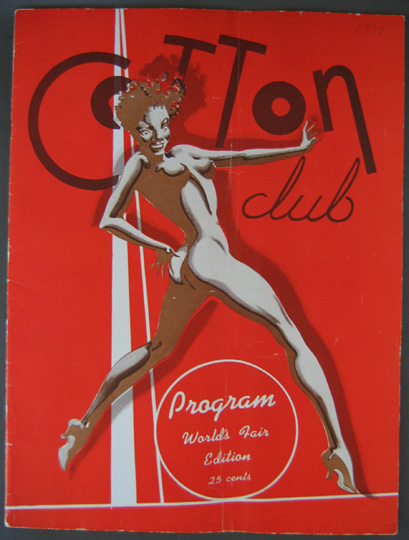 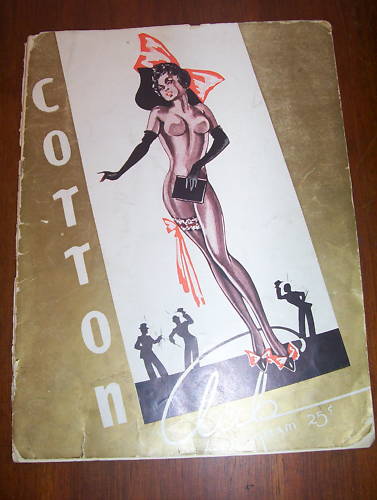 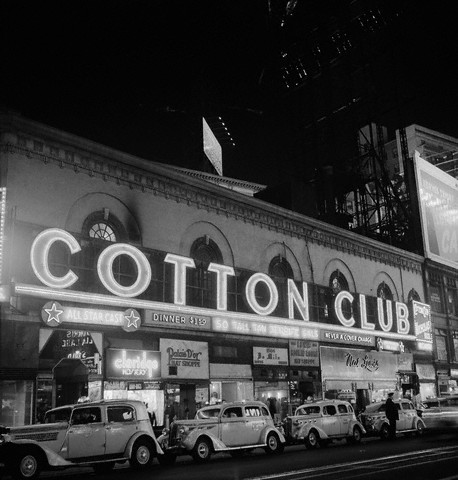 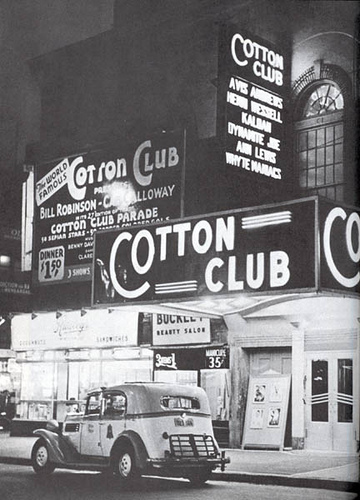