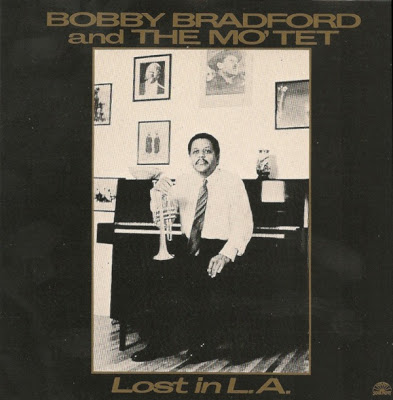 One of the best trumpeters to emerge from the avant-garde, Bobby Bradford largely fulfilled the potential of Don Cherry. 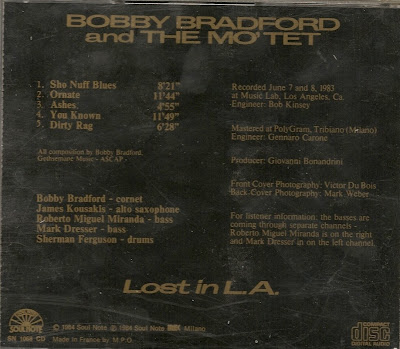 He is best known for his longtime association with clarinetist John Carter; his mellow trumpet blended in well with Carter's dissonant flights.
Since the clarinetist's death, Bradford frequently led a quintet (The Mo'tet) featuring Vinny Golia and occasionally Marty Ehrlich. In the '90s, he also performed with John Stevens' Freebop, The David Murray Octet, and Charlie Haden's Liberation Music Orchestra.

Review by Scoot Yanow (A.M.G.):
Cornetist Bobby Bradford has recorded far too infrequently throughout his career.
A mellow-toned player with an adventurous style that is usually surprisingly accessible, Bradford is well-featured on this excellent quintet date with altoist James Kousakis, both Roberto Miguel Miranda and Mark Dresser on bass and drummer Sherman Ferguson. Together they perform five of Bradford's originals, music that at its best (particularly on "Sho Nuff Blues" and "Dirty Rag") looks both backwards to earlier styles and extends the innovations of Ornette Coleman.
mediafire